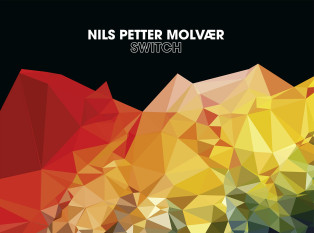 The recording is proving the artist’s ambition of never settling for a specific soundscape. Within this album, Nils Petter Molvaer is bringing the pedal steel guitar as the main novelty of his newest production. The sound of his trumpet blending with the beauty of the steel guitar gives his music a new sound palette.

“I have been thinking about using the pedal steel guitar for some years now and, finally, the right time arrived with this new project. This is a change of sound and direction that gives a more melodic line to my sonic universe.” (Nils Petter Molvaer)

The title, Switch, can be seen as an underlining of the musical change that occurred on this album. At the same time, it gives its listeners the freedom to decide for the meaning of the title themselves. The album contains ten tracks, of which four have recurrent titles: Intrusion I, Intrusion VII, Intrusion VI and Intrusion III. These songs are related soundwise, being structured mostly as a trumpet – steel guitar duo. In addition, they mark the unique and unusual presence of the steel guitar.

Switch is going to be released on March 24, 2014, along with re-issues of six of Molvaer’s albums NP3, Recoloured – The Remix Album, Remakes, Re-Vision, ER and Streamer.

Have a first listen below and pre-order the album here.