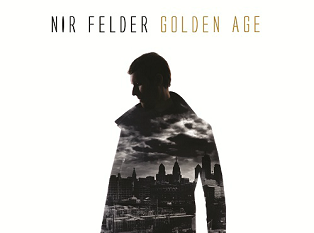 To accompany and illustrate his debut album release on OKeh records, ‘Golden Age’, guitarist Nir Felder has released a track-by-track commentary on Spotify.

Dubbed “the next big jazz guitarist” by NPR, Nir Felder’s exciting new album puts his skills as a composer and songwriter at the forefront of his creative design, supported by his virtuosic technique. Together with pianist Aaron Parks, bassist Matt Penman and drummer Nate Smith, Nir Felder he brings his unique musical vision to life.

Now with his track-by-track commentary, listeners can delve even further into the makings and workings of this fantastic debut album.

Find out more about each individual track and enjoy the album from a much closer perspective in our Playlists Section.